8 Cumin Health Benefits and How To Use it Today

Cumin, a spice that originated in the Mediterranean, has been a part of the cuisines of the Middle East and India for thousands of years, where it is a core component of the curry powder. Cumin seeds not only pack a nutty and peppery punch but has also been known for its medicinal properties and many health benefits.

From significantly reducing my own belly fat to being able to restfully sleep through to sunrise without nighttime bathroom runs, check out the eight cumin health benefits and how to easily include it in your diet:

A recent research research showed that cumin powder can help jumpstart weight loss and decrease body fat. In this study, 88 overweight or obese women were randomly split into 2 groups. For 3 months, both groups received similar nutrition counseling, but one group was instructed to add 3 grams (a little less than 1 teaspoon) of cumin powder into their daily yogurt. Meanwhile, the control group had the same amount of yogurt, minus the cumin.

When cumin is consumed regularly, you can balance your blood sugar, control your cravings and drop off your excess weight.

In my quest to lose belly fat post twin pregnancy, I had limited success on a low carb diet that reduced my weight by 2-3 pounds, but it didn’t have any effect on my belly. Since adding cumin along with other spices into my diet, I’ve lost 8+ inches of my belly!

Cumin is an excellent source of iron. Iron is an important component of hemoglobin, which transports oxygen from the lungs to all body cells, and is also instrumental in energy production and metabolism.

Deficiency of iron in your body can cause a weakened immune system and increased susceptibility to infection. In children, it can also cause slow cognitive and social development. For women, there is an increased need for iron while lactating or replenishing lost iron from monthly menses.

4. Cumin can fight the common cold

Thanks to its considerable amount of vitamin C and antiseptic properties, cumin is used to relieve symptoms of the common cold including coughs, sore throats, and fever.

Cumin can also act as an expectorant to loosens up phlegm as well as mucus within the respiratory tracts, making it easier to remove them from your body via sneezing or coughing.

Cumin seeds have traditionally been known to benefit the digestive system. More recent research has shown that cumin may stimulate the secretion of bile and pancreatic digestive enzymes, thereby increase proper digestion and nutrient assimilation. Cumin is also traditionally used to treat gas and bloating.

Cumin seeds may have anti-carcinogenic properties. Cumin was shown to significantly decrease the incidence of stomach and liver tumors in laboratory animals in one study.

Cumin contains thymoquinone, which has been reported to exhibit antioxidant, antimicrobial, anti-inflammatory, and chemopreventive properties. There is considerable evidence that points to the ability of thymoquinone to suppress tumor cell proliferation, including breast, ovarian, bone, pancreatic, and myeloblastic leukemia cancer cells.

Black cumin seeds, also known as ‘Nigella Sativa’, are packed full of protein and antioxidants and are often seen as a ‘cure-all’ superfood.

A clinical trial on 70 healthy volunteers concluded that consuming 5 mL (1 teaspoon) of Nigella Sativa oil a day for 8 weeks lowered systolic and diastolic blood pressures, without any adverse effects.

Do you find yourself waking up in the middle of the night to use the bathroom? I used to for many years, at least once almost every night. It turns out that cumin is a known home remedy for an overactive bladder. Cumin’s rich minerals and vitamins may help tone the bladder to support its function.

How to easily add cumin to your day?

Hungry for snacks during the day? Spice up your veggie or cracker dip to enjoy the wide array of cumin health benefits and rev up your metabolism! 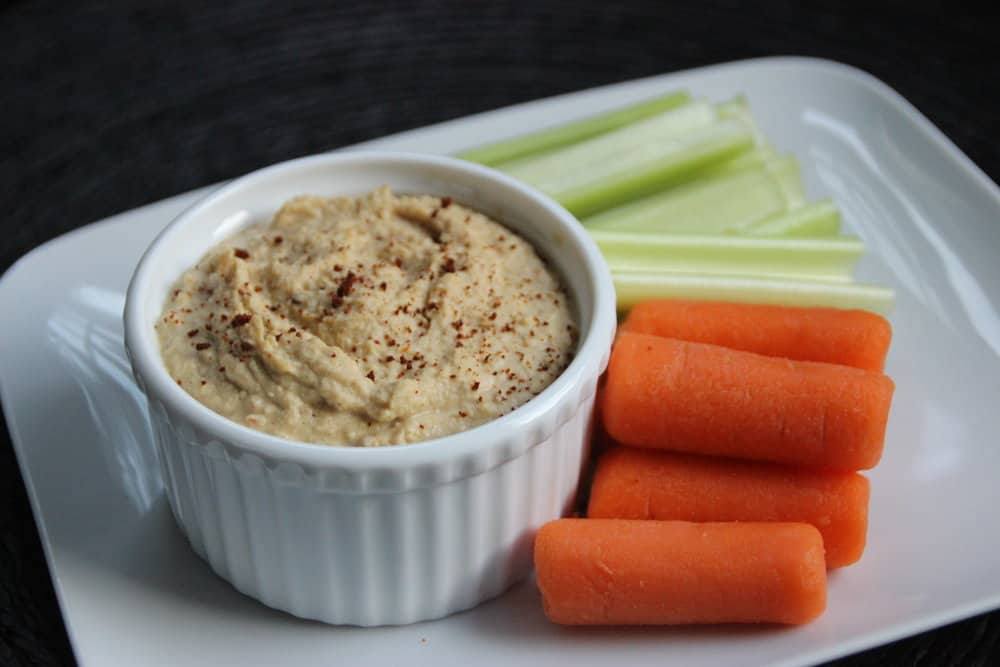 Sharing is caring? What cumin health benefits have you experienced?

Ready to get serious about shedding that extra weight? If so, subscribe below and start losing weight with powerful spices that trimmed 9 inches off of my post twin pregnancy belly and 28 pounds!